The Best Character in Dungeons and Dragons Dark Alliance

In this article, I will explain all of the four main characters in Dungeons and Dragons Dark Alliance. I will go into the details of each character and the advantages and disadvantages of using each one.

This guide will help you find the best character for your play style. Each of the four main characters plays entirely different from other characters, and they can each support the party in different ways.

Dungeons and Dragons is a game you can put hundreds of hours into building and leveling your character and acquiring new gear. So, you don’t want to jump into a game like this in a hurry and play it wrong.

Best Character to Play in Dungeons and Dragons Dark Alliance

Co-op gameplay is the main reasons why D&D Dark Alliance was sold very fast. For a co-op gameplay, Bruenor Battlehammer and Cattie-Brie can be very helpful. Both these characters has the ability to help nearby allies.

Playing D&D alone can also be fun, If you don’t have any friends available to play. For solo, I would recommend Dritzzt because he is an all rounder. Unfortunately, he isn’t very strong and takes a lot of damage.

My second choice for playing solo is Wulfgar. His attacks and defenses are in the middle and it’s good to have a little bit of both. 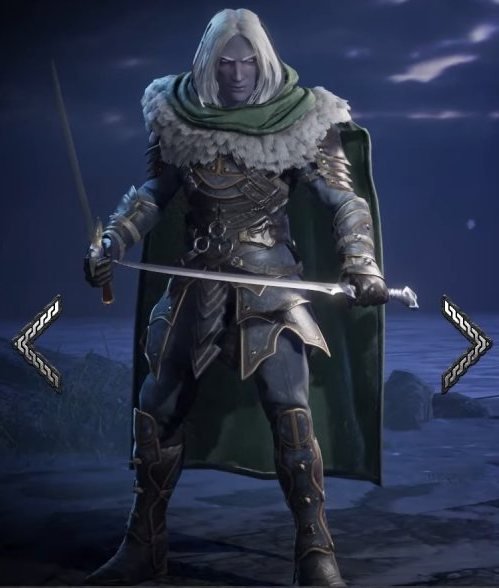 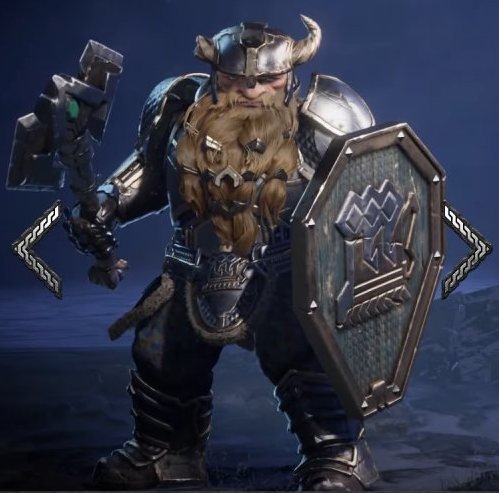 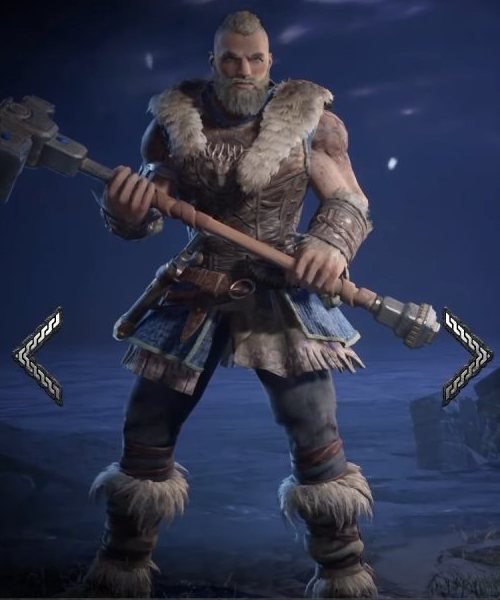 Dritzzt is the rogue assassin-like character, using swift attacks with big damaging combos along with utility spells and tricks. Dritzzt can do quite a few interesting things like turn invisible and use negative status effects on your enemies.

He is also very weak and can even be one-shotted from regular mobs later on in the game. So, it’s better to use him in a party where he isn’t going to be targeted most often.

Dritzzt can summon a black panther called Guenhwyvar. It will attack any random enemies within a 20 meter radius. He is also is immune to all kinds of damage.

Using Dritzzt can be fun as he has a high damage output. He has both close and mid-range potential, and he can inflict quite a bit of debuff. He also has a cool ultimate ability.

Dritzzt is quite hard to use efficiently, so he’s not recommended for beginners. He is very squishy and can die quite quickly. He is also very combo-heavy, and in order to use his max potential, you need to have good reflexes and knowledge of the party to execute successfully.

So, in my opinion, Dritzzt is not recommended for either a solo player or someone who is just trying to learn the ropes of the game.

Bruenor is a fighter class character, but he is considered the tank of the group. He has the highest health pool, and he can take quite a bit of damage. He also has few tricks up his sleeve to keep the party alive.

He can dish out quite a bit of damage, especially to large groups of smaller mobs. He can also buff the party and has some minor healing techniques in his tool belt as well.

Clan Battlehammer provides a large circular Elemental and Physical Resistance to all allies inside.

The pros to using Bruenor are that you won’t easily die with him. He can buff the entire party and has quite a bit of crowd control moves when there are huge swarms of mobs. He is also relatively easy to use for beginners.

His gameplay may end up getting a little boring towards the end. He does not have as high a damage potential as the rest of the characters, and his attacks are prolonged besides special abilities and techniques.

Overall, Bruenor is not the flashiest character, but in my opinion, he is still a top-tier choice and is beneficial to have in a party.

Wulfgar is probably the easiest character to play in the game. He is considered the frontline brawler of the group with two-handed heavy hits. He does have some combos you can utilize, but he’s not as combo-heavy as Dritzzt.

He can pull off some big numbers when it comes to damage, and if used properly, he can start and end fights in an instant.

The ultimate attack performs Spin of Fury, which deals huge damage to enemies within the medium range.

The pros to using Wulfgar are he is a highly balanced fighter and has a high damage output. He is easy to use and has lots of crowd control moves for groups of enemies. His combos are less heavy to inflict significant damage than some of the other characters.

He doesn’t really excel at anything specifically. He’s just overall balanced, and his slow attacks leave him very vulnerable at certain times.

But overall, I think Wulfgar is an excellent choice for a solo player that wants to have damage output or someone who wants to be in the front lines, constantly attacking the enemy.

Catti-Brie is the bow user of the bunch. At first glance, she might seem like she lacks as she doesn’t have the best damage output. And if you are playing solo, she will not perform very well.

But where she shines is when she’s put into a party because she is technically the group’s support. She has many spells that help the party, like waves of healing and different types of natural-based skills to hinder enemies.

Her core gameplay does rely on her bow as she can unleash a barrage of arrows from afar, as you would expect. Combining her whole moveset and rotation will let you dish out quite a bit of damage, but she needs support to keep enemies off of her.

The range, damage, and ability of arrows are improved, allowing you to destroy breakable objects and pierce monsters.

The pros to using Catti-Brie are that she is the only ranged character. So, if you’re into ranged gameplay, that’s your route. She is a very safe character to use in parties and has access to support spells like healing buffs and debuffs.

She has some interesting combat mechanics compared to the other three.

The cons of playing with her are that she is very squishy. She needs constant positioning in the field to survive. She lacks melee combat options, and she is not very efficient in solo gameplay.

If you’re playing solo for the first time, Catti-Brie is not the one you want to play with. In fact, if you use her for solo, I’d consider that a hard mode playthrough. However, if you plan to play with a party, she can be very useful for the entire group.

So, all four characters can be entertaining to play, and none of them are really a bad choice. They all bring different aspects to the party, and they all work better in certain situations.

I hope this guide helped you guys out. I will try my best to produce more Dungeons and Dragons Dark Alliance content in the future.

As an gaming addict addict, David spends most of his time trying new games. He loves to play Destiny 2 and LoL. Seriously, he might be playing right now.