One of the most important details between them is the resolution, and that’s what our topic is. These monitors have a resolution of 1080p, 1440p, and 4k, respectively. Many gamers these days are making their purchasing decision based on resolution.

But it can be challenging to make a decision based on the resolution. You’re essentially playing this balancing act where the higher resolution panel you go with, the lower refresh rate you have to compromise with.

I’ve tested and played extensively on all three of these gaming monitors at the different resolutions and refresh rates they offer.

In this article, I will share my experiences and thoughts on which one I think you guys should go with and the factors you need to consider. 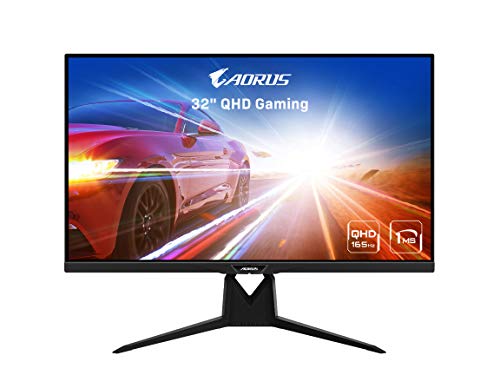 Despite all of these three monitors offering the highest refresh rate at their given resolution, they will use IPS panels.

The only exception here, in my opinion, would be BenQ’s lineup of TN displays with Dayak technology, but that’s only if you consider yourself an Esports gamer and you’re okay with the significantly worse-looking panel as compared to the IPS panel.

IPS panels are still slow compared to TN panels when it comes to response times with a bit more smearing. But trust me when I say that the trade-off for much better colors is worth it.

I’d also argue that a more vibrant and punchier image is as important in competitive titles, helping you see targets a lot faster and clearer.

Also Read: What is the Best Screen Resolution for Gaming?

Let’s start with the 1080p and whether it is still relevant to be considered in 2021. The quick answer is an absolute yes!

Most of you guys are probably reading this on a 1080p display. Based on the recent Steam hardware survey, most of the gamers are using the full HD display.

The biggest reason to still consider a 1080p display in 2021 is that most gamers are running older GPUs and don’t have the power to run higher resolutions.

Maybe, you just don’t want to upgrade, which there’s nothing wrong with at all. Not everyone needs to be spending thousands of dollars on a gaming PC.

Today, you can get an excellent 1080p gaming experience on more affordable hardware. Not to mention that fast 1080p gaming monitors with accurate IPS panels have also become a lot cheaper.

However, you won’t be getting the best experience possible for story-based titles compared to 1440p and 4k. However, you can still totally get an involving and enjoyable experience on a 1080p monitor and cheaper hardware.

Now, funnily enough, the other group of users who should still be considering a 1080p display in 2021 is the complete opposite end of the spectrum, and it’s the Esports enthusiasts.

There’s no way to cut it if you want the least amount of input latency and the highest frame rates possible. 1080p is absolutely the way to go.

Now that’s not only because the highest refresh rates happen to be on 1080p gaming monitors, but it’s also because you’ll achieve a higher sustained frame rate as well compared to something like 1440p.

Also Read: Do You Need a High Refresh Rate Monitor for Gaming?

Before I tested the AORUS FI27Q-X, I would have never recommended that Esports gamers pick up a 1440p display.

But the fact that this can run up to 240Hz has fast response times, and we have the GPU power to run those specs in relevant games has changed my mind completely.

It’s only after giving higher resolution panels like this and the LG 27GN950 a fair chance, and I’ve realized the competitive benefit that high-resolution displays can have. Especially if you’re playing games that involve fighting at longer ranges that higher image detail does help.

It’s only natural that these GPUs become more powerful at these more affordable price points to move to higher resolution displays.

The 1440p resolution will also be a great pair if you have a high-end 20 series card such as an RTX 2080 or higher and also for those still hanging onto their GTX 1080 Ti.

So, ultimately if you are building a new gaming PC in 2021 with these new mainstream GPUs, I think a 1440p gaming monitor will be the best fit unless you fall into the other Esports enthusiast group.

After using LG 27GN950 for a few months, I’ve got a bit more to add to my initial review.

Firstly the bump up to a 160Hz refresh rate can be done via a simple firmware update, but it’s not guaranteed. For that reason, it’s probably safer if we consider this a 144Hz monitor out of the box.

Also Read: How to Overclock Monitor for higher refresh rate.

LG will be releasing an updated 160Hz option very soon. So you might want to hold out for that one instead.

But one question that some of you might have is whether 4k gaming is worth it on a 27-inch display in the first place. Can you see all of that resolution?

The answer to this is yes! But it’s getting close to what we define as a retina display where you can’t visibly discern the individual pixels.

While 1440p equates to around a 1.78 times increase in resolution over 1080p, 4k represents a 2.25 times increase over 1440p. From this alone, you can understand just how much more demanding 4k gaming is.

This is an oversimplified explanation, but many factors play into this, like CPU load and video memory, but you get the overall picture.

The point here is that I would hands down take the high frame rate 1440p experience here over 4k 60FPS for pretty much any game any day of the week.

That stands true even for story-based titles where the immersion and involvement are a lot better at a higher frame rate, giving you faster inputs and more lifelike animations.

The level of details, the textures that weren’t there before, the imperfections in the textures, it’s something that you don’t see at 1440p or 1080p. Whether that’s something you care about is up to you, but it’s definitely worth noting.

Another thing that I’ll add here is that even if you can’t hit your desired frame rate in some of the games you’re playing, don’t be afraid to turn down the rendering resolution of the game.

This is exactly what I do when playing Call of Duty Warzone, and Apex Legends on this monitor because even with an RTX 3090, those games can’t run at 4k 160 FPS continuously.

This is the slight compromise that you’ll have to make to still benefit from a 4k panel in other areas like video and photo editing.

With all that info out of the way, which one should you go with? Well, referencing the Steam hardware survey that I mentioned earlier, most of you watching this should probably go with a high refresh rate 1080p display.

One that I can recommend specifically is the MSI Optix MAG251RX. It has an accurate, beautiful, and vibrant IPS panel with a 240hz refresh rate without breaking the bank.

If you’re lucky enough to get your hands on a new mainstream GPU that can take full advantage of a 1440p display, then I would recommend you get a 1440p 240Hz IPS monitor.

But if you’re trying to be a little bit realistic with your budget and trying to save a bit more cash, you should go for a 144Hz or 165Hz 1440p monitor.

If you are on a budget then check out these Gaming Monitors under $300.

Finally, there’s the smallest group considering gaming on a 4k, who wants to get a kick out of all of that detail, grit, and texture that you get from a retina-like display. You will need a high-end GPU like an RTX 3080 and upwards.

4k is also the best option if you choose a physically larger display like 32 inch or 48 inches LG OLED to do video editing. I hope this article made your purchasing decision a little bit easier.

She has spent countless hours on Battlefield 1 and almost 500 hours on Apex Legends. In fact, she has a FB page and live streams her gameplays on Facebook gaming.