Are you looking for a top of the line, white motherboard for your white gaming setup? Well, you landed on the perfect page.

Buying the best white motherboard for your PC case is a crucial part of the process. All the other core components like CPU, GPU, and RAM are also important, but the motherboard is what holds them together.

Sometimes it is difficult to find the right product when you are following a certain colour scheme. It’s easy to choose the wrong motherboard, which is why I have made a list of the best white motherboards to help you make the right decision.

The right motherboard will help your PC reach the full potential of your hardware components. It’s the backbone of your PC, allowing all other components to interact efficiently and even overclock them better.

Taking the first look at the ASUS Prime X570 Pro, ASUS hasn’t changed the design all that much from their X470 boards. So, you still have the black PCB with silver heat sinks, and then you have white covers on the I/O and the heat sink fan.

The X570 motherboards support both the second and third-generation Ryzen processors. It has four RAM slots that support up to 128GBs of DDR4 4400 memory. These slots are colour coated for dual channel operation, and they don’t have any locks, which makes swapping out your memory much easier once you have your graphics card installed.

The Prime X570 PRO also has a cooling fan installed on the chipset. The connections on the back include a PS/2 combination port, four USB 3.2 gen one ports, display port, HDMI, four USB 3.2 gen two ports (3 type-A and one type-C), gigabit Ethernet and audio connections.

ASUS has done a great job with its Prime X570 Pro at providing its users with everything they want at an affordable price. I know its a bit expensive now but what you are getting in it brings good value for your money.

This motherboard has an integrated I/O shield, and if you do a lot of installation like me, it turns out to be a lifesaver. It saves you the extra step of installing the I/O shield, and there are times when you forget to install it, and you are already halfway through the process.

While testing and overclocking the motherboard, it performed well. It is an excellent board at a great price. The only thing missing from this motherboard is the WiFi.

The Asus Prime Z390-A is a flagship best seller motherboard. Before going to the motherboard, I am going to cover the chipset. The Z390 chipset is in all point identical to the Z370 chipset, its predecessor.

The only differences are the number of available USB 3.1 second generation, the 10 gigabit ones, and for the first time, we do have an integrated WiFi standard adapter. The Z370 is frontward compatible, and this Z390 is backwards compatible. So, you can use your 8700k on the Z390 and your i9-9900k on your Z370.

Now, about the motherboard. The Prime series is ASUS’s entry-level for any given chipset and usually, what that means is that ASUS is trying to do balance play between affordability and feature-rich product, meaning that this is the biggest bang for your buck.

No protective backplate on the back of PCB. Powering it, we have an LGA 1151 CPU socket which will be compatible with the 8th and 9th generation Intel CPUs. Memory wise it has a dual-channel that can support up to 64 gigabytes of DDR4 RAM. It can be overclocked up to 4,266 megahertz, and that is 266 megahertz more than available on its predecessor.

Looking at the I/O ports, it has a ps2 keyboard mouse plug, two 2nd generation USB plugs, four USB 3.1 2nd generation, including one type C. This is where the Z390 is different from the Z370 because we have more than 3.1 2nd generations. They can all transfer data up to 10 gigabits per second.

Plus, two 3.1 1st generation USB plugs can all transfer data up to five gigabits each individually. A display and HDMI plug for integrated graphics, usual Intel one Gigabit LAN, and the usual 5+1 optical audio channels.

An excellent, well-rounded motherboard needs to be able to support water cooling even on a budget, and in this case, the Prime Z390-A did not disappoint me. We have no less than seven fan connectors, two of which are compatible with pump PWM and let’s note that we can connect an external thermal sensor if needed.

All the Prime motherboards are AURA compliant. The AURA effect will sync all your different components RGB to glow and dance in a synchronous beautiful, and glamorous way. This board is fitted with two RGB strips, one right behind the I/O roof and one right behind our chipset head shield. And if that is not enough, you have an additional two RGB AURA compliant connectors on your motherboard.

The mid-range gaming motherboard is a most competitive segment of the PC market with motherboards like the Asus Tough Gaming x570 Plus or the AORUS X570 Elite. A company like ASROCK might have wanted to go elsewhere. Instead, it decided to go all-in and released its X570 steel legend with ten 50 amps power stages, 4.6 gigahertz and a Thunderbolt 3 support. Yes! on an AMD motherboard, it makes no sense.

This is not a perfect board, but I am incredibly excited about it as there’s so much stuff to talk about. Starting with obvious, we are dealing with a six-layer ATX PCB powered by an AM4 CPU socket supporting both the 2nd and 3rd generation of Ryzen processors.

VRM wise, it has premium ten 50 amps power stages configuration organized in four-plus two phases. It is cooled by thick and oversized heat sinks. They do an amazing job at keeping this VRM ice cold in any instance.

That is quite simply the highest Ram clock I’ve seen on a motherboard at this price. This is a perfect example of how a Ryzen 3000 and X570 chips combo will impact the overall performances of your build.

Staying in the memory, ASROCK X570 can support up to two SSDs, transferring up to 32 gigabits per second. If coupled with the Ryzen 3000 series, it will operate in a PCIe 4th generation standard, and data will transfer up to an unprecedented 64 gigabit/s. This can cause a lot of heat, and that is why ASROCK put two gigantic and very thick aluminium heat sinks.

Looking at the back, it has a decorated I/O shield which is not always present at this price range. The I/O ports include two integrated display outputs, a PS/2 keyboard + mouse plug, four-five gigabit 3.2 1st generation USB ports, four 10 gigabits 3.2 2nd generation USB ports including a type-c, Gigabit LAN and finally, the usual eight-channel audio codec.

Finally, this would not be a gamer motherboard without a bunch of RGB connectors on it. ASROCK software allows your motherboards RGB strips to sink it’s lighting effect with other compatible components through your build.

It has two nested addressable RGB strips, one under the I/O roof and one under our chipset heat shield. If this was not enough, you could have three more RGB connectors, one of which is addressable.

There is an actual difference when utilizing or optimizing your PC for creative things instead of gaming purposes. And if you are looking for a perfect motherboard for creative work on a PC, look no further than Gigabyte B550 Vision D. I would consider this the best bang for buck white motherboard for the creators.

When going with Ryzen, one of the main downsides is thunderbolt support because so far, there hasn’t been any. I know that many creators come from Intel or are just in the creative workflow, and there is a lot of thunderbolt devices or needs for thunderbolt 3.

At first glance, the Gigabyte B550 Vision D looks absolutely fantastic and has a minimalistic design. I like how simple and modern it looks. You might not like the look if you are building a gaming PC because there’s no big logos of dragons or RGB lights. This minimalistic black and white motherboard is meant for creators.

The I/O includes standard audio connectors, a display port, an HDMI port, and two gigabit Ethernet Intel ports. It has four SATA ports. It also comes with a magnetic Bluetooth and WiFi antenna.

The chipset cooler has a fanless design with a massive heatsink built on top, which looks gorgeous. The reason why this board is so special is that you have the AMD socket, which means that you can even get the new 5000 series processes and get an unbelievable performance, even better than Intel.

There is not much more that you want from a motherboard, and that’s why I think this is a perfect motherboard for creators out there. 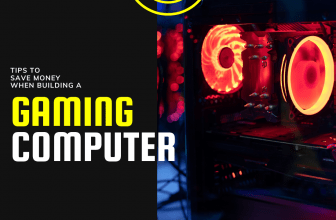 How to Save Money When You Build a Gaming PC – Guide

In this article, we're going to talk about computer parts and how to save money when you build a ... 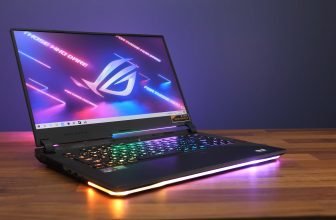 The ASUS Scar 15 gaming laptop has shifted from Intel to AMD's Ryzen processor, and it also got a ... 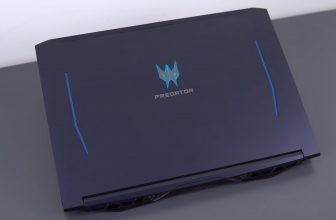 Over the past few months, a lot of really good laptops came out in the low to mid-range market. ...