Top 13 Best Fire Emblem Games That You Can Play

It’s been 30 years since the first game in the Fire Emblem series, Shadow Dragon and the Blade of Light, was released in 1990 for the Japanese Famicom. In this article, I will rank all of the thirteen the Fire Emblem series games according to how I liked them. Just keep in mind that these are my own opinions, and your ranking of these games may differ.

There are multiple versions of the games available, and I’m just going to count them as one game altogether. That’s how I reviewed them, and that’s how I’ll rank them. Let’s start with the list of best Fire Emblem games. (The list is in descending order)

Genealogy of the Holy War

I want to make it clear that I don’t hate the Genealogy of the Holy War. I’ve liked the game immensely more since making my retrospective review for the game. That being said, if you were to put every game in the Fire Emblem series in front of me, this is probably the game I would want to play last.

I like Fire Emblems that are condensed, pick up and play experiences, and Genealogy is not that game. It’s got an excellent story, probably the best narrative in the series. But at the end of the day, it’s a video game, and as a video game, it’s the Fire Emblem I happen to enjoy playing the least.

The fact that Binding Blade is so low on my list should be a showpiece for just how awesome the Fire Emblem series is. I don’t enjoy this game as much as I used to. But I still think it’s a fine entry in the series.

I think by the end, the game gets a little too big for its britches. The late-game maps are just so huge with a bombardment of enemy onslaughts just coming after you wyvern after wyvern. On the flip side, though, it does sell the intensity of the war and just how brutal every battle gets once the march on enemy territory begins.

It’s a traditional Fire Emblem with not much that sets it apart and not much getting in the way of my enjoyment.

I liked Thracia when I first played it, and it’s a game I still hold a lot of respect for. But over time, my opinion on the game sank. After I finished this game and reflected on what I played, I began feeling exhausted, just thinking about it.

To its credit, that’s exactly what the game is trying to go for. In my opinion, this is Kaga’s pinnacle between crafting a game with expertly woven gameplay story integrations. Thracia also has the disadvantage of being the only Fire Emblem game I’ve played just once. Of course, I’m willing to try the game again, but… Give me another year… Maybe two…

Once again, I’m ranking Birthright, Conquest, and Revelation all together as one game. Because that’s how I experienced Fates, and that’s how I reviewed it. To be honest, they all blend together in my brain as one game anyway.

The story of this game really sucks, and like I said before, I play video games because they are games. Good stories on top of them are more just a bonus for me, and Fates is one of the best playing games in the series. My core issue is that it just tries to do too much.

With three different campaigns, I almost feel like I can’t play one without trying the others. The map design can get extreme. Even Conquest isn’t infallible, and has some challenges that almost expect a little too much from players.

Maybe I’m just patient, but most of the “gimmicks” of Revelation never bothered me anyway. Still, this is a game I would very happily replay. But maybe I’ll just skip the story next time.

For a first attempt, this game really did a great job of pulling the series together. Whether it’s the original game, the remake, or the other remake. It’s an enjoyable game to play. Honestly, there’s not a whole lot I have to say about this game.

It’s the first one you really can’t hate on it. It’s a classic in every sense of the word. Simple, revolutionary, and provided a map for future titles to learn where to go from where it left off. Without this humble project, there would be no Fire Emblem.

Mystery of the Emblem

I mean, seriously, have you seen chapter 3? Like, what is this? This is just stupid. It’s certainly not the most exciting entry in the series, but a fun one to play. It’s a shame this game never got localized in any form. I think it would be fondly remembered as a classic.

Radiant Dawn is an example of redemption arcs for Chris The Fields. At one point, far and away, my most hated game in the series has quickly risen the ranks. The sense of scale in Radiant Dawn is truly unmatched. Even by the games that came afterward.

A story that switches between multiple armies is engaging, even if it wasn’t handled the best. I think this is one of those games where it’s just better the more you know about it. Your willingness to shift people around and adapt to change will influence how much fun you have playing this game.

The latest game in the series was hard to pin down where it belonged. I’d be lying if I said this game didn’t fall under expectations. I genuinely thought Three Houses had the potential to be my favorite Fire Emblem game.

So, to ultimately see it not make the Top 3 or even the Top 5 was rather disappointing. However, it would not make it this high on the list if I didn’t appreciate what it was trying to do. The fact that Fire Emblem was willing to go in an all-new direction for the first time since the Super Famicom was incredibly impressive.

I think the more you play this game, the more you will come to appreciate it. But similar to my criticism of Fates, Three Houses can feel bloated. But hey, at least the game lets you skip past most of the busywork.

It’s also a game that is incredibly easy to break, with new strategies and tech constantly discovered to trivialize it further. Even still, for every step it took back, it also took a step forward. Showing that Intelligent Systems is learning and making genuine efforts to improve the series.

The Game Boy Advance era for Fire Emblem was undeniably the most traditionalist time for the series. The Sacred Stones didn’t do anything surprising, but it’s also proof that you don’t need original ideas as long as what you have is well executed.

The story follows a similar template to Shadow Dragon, but it uses strong characters to make an exciting story. The ideas it brought back to the series were well handled and set the standard for many Fire Emblem games that were soon to come. The infinite battle potential and vast resources are a welcome change in the Fire Emblem formula.

But let’s not forget to pay respects to the one that introduced Fire Emblem players to those concepts at all.

Gaiden truly is an enigma. I really shouldn’t like this game as much as I do. It’s slow, confusing, and tedious. And if it weren’t for the remake, it definitely wouldn’t be this high on the list. But there was something about Gaiden that clicked with me upon first playing it. I fell in love with the freedom this game allows for.

The world map was excellent, and the dungeon exploration was something unique that set this game apart from the rest of the series. Everyone will have a different approach to getting through this game. It’s far from a flawless gem, but one that shines bright despite that.

It’s been somewhat surprising to see the fan base turn around on this game recently. I think it’s still an entertaining game. I think that the characters are fantastic, and I think that there’s a lot of management to be done. The mission variety keeps the gameplay fresh over every playthrough I do.

Of course, I won’t deny that bias plays a huge role in this game’s ranking. I know as well as anyone else that it’s not perfect. But it was still my first Fire Emblem at the end of the day. And for that reason alone, it will always hold a special place in my heart.

The story of this game is truly excellent. It’s a relatively basic setup of “boy meets girl and fights to win back the continent.” But it truly is a character-driven game. Some have called out Ike for being boring, but I still think that he’s a fantastic character that grows upon his journey even if he doesn’t realize it himself.

Even the minor party members get a lot of focus, and the dialogues are so refined! Hardcore fans of the series often say that it’s too easy, but I always found the difficulty to be just right. And yes, I am surprisingly bad at a series I’ve been consistently playing for the last five years!

If only the game speed were just a little faster. Then I’d have no trouble replaying it again and again.

Surprisingly, no one that’s kept up with the retrospective, my favorite game in the series is, of course, none other than Fire Emblem Awakening. People have pulled no punches in discussing why Awakening probably isn’t the best game ever made, including myself. That being said, I still love this game so much.

Awakening holds a lot of value for me in just being an entertaining game. There’s a reason I have more than 400 hours of this game logged between all of my 3DSes. It’s a game I can pick up at any time and enjoy without any strings attached. It may not be the best game in the series, but without a doubt, it is my favorite.

7 Best Applications to Find Gamers to Play with Online

Guides
Deal of the Day
Sale 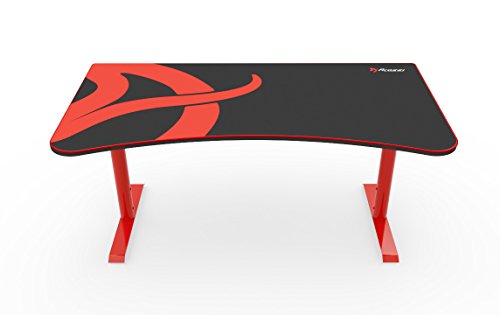