How To Choose The Perfect New PC Game To Play: Our Tips To Narrow Down Your Search

Video gaming was always considered to be something associated with computer geeks. This assumption has been proven wrong in recent years with the home console dominating popular media sales. What’s more, it is estimated that only 37% of all gamers use a PC to play video games.

However, PCs have a higher processing speed than most modern consoles, and they also allow you to modify your games to fit your specifications. All new PC gamers need to start somewhere, though. So, if you want to experience these benefits for yourself then you should look into one of the following tips to narrow your search for the perfect game.

As mentioned above, many original home video games could only be experienced on a PC. This means that many experienced game developers had to cut their teeth by designing games for this platform.

Take, for example, Bethesda studios. They were initially a PC exclusive company, only releasing the first three titles in their famous Elder Scrolls series on computers. These origins can be seen in Skyrim’s gameplay and user interface, which is why titles like this are best played on a PC instead of a console. Plus, the hefty computer storage can help you experience all of the crazy mods that fans have developed over the years.

On the topic of the user interface, a PC offers many more ways to interact with a video game than a console. A standard computer will feature one-hundred and twenty-seven keys as well as a mouse. That offers games developers a lot of freedom to create different interaction methods in their games.

Unfortunately, this can become confusing for anyone new to the system. You will be better off choosing a simple point-and-click game when starting out on PC, like one of the many shooting games from Plarium. This approach allows you to discover all the benefits of PC gaming without becoming overwhelmed.

A successful game developer will find themselves embroiled in a copyright competition at some point. Console giants know that exclusive games are the best tool to sway gamers toward their corner, which means that they will often seek to buy up distinct titles. However, some developers choose to ignore this wrestle entirely and focus on an exclusive PC release.

Therefore, you will find that there are many games out there that have only been designed to be used on computers. Anyone that is making the switch from console to PC will likely have never touched these games before, which makes it a good place to start. Exclusive games can give you an entirely new experience, providing you with the best start possible in the world of PC gaming.

There is a lot that you need to think about when it comes to PC gaming; however, choosing the right game shouldn’t be one of them. We have given you our tips, but only you know what type of experience you want. So, take a look around and use these tips to find the perfect PC game for you.

As an gaming addict addict, David spends most of his time trying new games. He loves to play Destiny 2 and LoL. Seriously, he might be playing right now.

How to Choose the Right Keyboard Size? – Guide 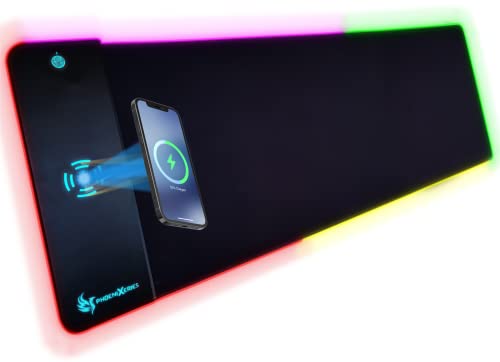